I Love Pets – But Maybe Not The Naked Mole Rats…

Recently, I saw a video about how having pets can be very good for our health. For the most part, I tend to agree.

However, there are some creatures that I just have trouble warming up to, and I wouldn’t want them for pets. Like this one for example. This is a Naked Mole Rat, and yes, some people actually keep them for pets. To me, they look like an old man’s penis with feet and a nasty set of fangs. No thank you! 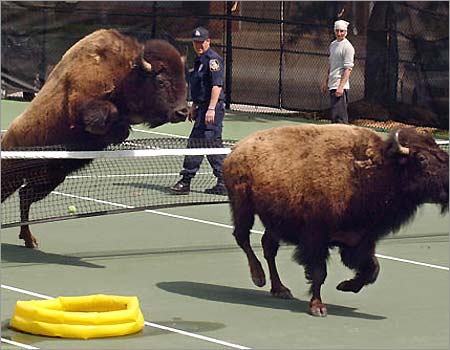 Some people have unrealistic expectations about their pets. While I can see that a pair of buffalo would be far more appealing pets than naked mole rats, there is still no way that you’re going to teach them how to play tennis!

I’ve had pets for as long as I can remember – all the way back to when I was three years old, and my mother used to get me those little green turtles from our local pet shop. (yes, I really do remember things from when I was that young – just don’t ask me to remember what happened earlier today! lol) 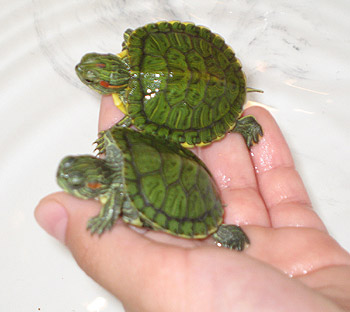 Only problem with me having a little green turtle for a pet at three years old, was that I’d put him down and play with “another toy”, and my little green turtle would wander off – causing my mom to turn the house upside down looking for the turtle, which one time she found down inside the couch.

I’m not so sure that giving a three year old a little green turtle for a pet was so good for my mother’s health, and not so great for the turtle either. As I recall, they had life spans almost as short as my attention span was back then…

But as I got older, and I could actually comprehend the difference between a toy and a living creature, I took very good care of my pets, which included dogs, cats, toads, frogs, snakes, (toads and frogs started out as pets, but became food for snakes) rabbits, mice, and assorted fish. 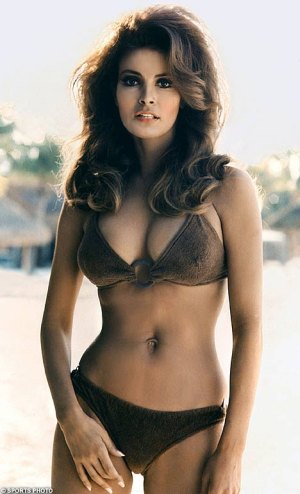 When I was 13 years old I wanted Raquel Welch for a pet, but mom said NO! Dad and I were both very disappointed!

But back to my earlier and more innocent pet memories… My very first three fish were named Blackie, Goldie and Floater. Floater was my favorite and really fun to watch. I’d laugh at the way he’d lay on his side and dance around at the top of the bubble stream from the aquarium filter. But dad said that I couldn’t keep Floater anymore because he was dead. At the time, I though this was unfair and that dad was being mean when he flushed Floater down the toilet!

But through the years as I’ve grown older, I’ve come to understand that dad was right to do what he did with Floater. 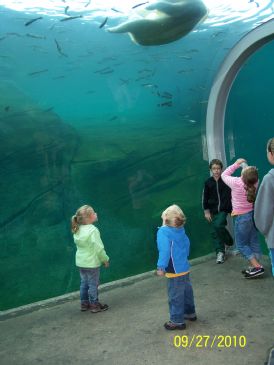 Which is why someone at this aquarium should have scooped the dead Polar bear out of the tank immediately! Our precious little ones should never be staring up at a floater!!!

When I was 12, I had a really cool snake named Satan. One day I left the top off of Satan’s terrarium and he slithered off to parts of the house unknown. By age 12, mom told me that I was old enough to look for my own lost pets, but I didn’t have much luck finding Satan. But that was okay, cause after a few days mom ended up finding Satan for me after all, even though she didn’t mean to…

Mom was coming down the basement stairs with a laundry basket, when she saw Satan slithering up the stairs towards her. Laundry went flying everywhere, and mom kinda flew off the handle, but at least I got my snake back. I’m not so sure that me having snakes as pets was so good for my mother’s health either… Maybe mom having ME wasn’t very good for her health, but she was stuck with me, and had to try and make the best of it.

But yeah, pets are great for your health, because unconditional love and acceptance is hard to come by in life. Maybe most pets are good for our health, cause there’s many people out there who are bad for our health, and having pets helps us to deal with that.

So if there are too many assholes in your life, take the time to pet your pussy more often, and you’ll be happier and more relaxed. ;-)

I’m a 56 year old guy who is young (and immature) at heart, and I love humor and laughter. Married for 22 years, but still enjoy all the glories of womanhood everywhere, even while dedicated to one woman only - and I hope my wife never finds out about her!
View all posts by Chris Sheridan →
This entry was posted in Humor and tagged aquarium, childhood, comedy, entertainment, fish, funny stories, humor, Pets, Raquel Welch. Bookmark the permalink.