Tina Fey is a Home Wrecker!

Well, here we go again, and just like the last time. You’d think I’d learn from my mistakes, but NOOOOO!!! Apparently, I like to repeat behaviors that get me in big trouble and seriously disrupt the otherwise relatively tranquil flow of my daily life.

I should have had this blog post written two hours ago, but first I needed a good picture of Tina Fey. Now, two hours later, I’m just starting to write my post, after my wife threatened to disembowel me with a large carving knife, and screamed at me that we could never watch “30 Rock” together, ever again!!!

I can’t help it if I find women who can make me laugh, very attractive. And I can’t help the fact that I think Tina Fey is not only highly intelligent and hysterically funny, but also very sexy and incredibly HOT! Tina, you’re just not fooling me at all with your nerdy, socially awkward and unlucky in love Liz Lemon act. Not a chance!

But… what I can refrain from doing, is to tell my wife all this, while going into great detail to describe to her just how smokin’ HOT I think that Tina Fey really is!

In all fairness to my wife, she is not the insanely jealous type at all, and she’s also highly intelligent and very quick witted and clever; she’s got a great sense of humor, and she can really make me laugh when she’s in the right kind of mood. (which sure as hell isn’t right now!) And after 21 years of marriage, I still think that she, my wife, is very sexy and smokin’ HOT too!

But did you see what I just did there, with the last word of the previous sentence? Without even noticing until after I typed it, I added the word “too”. And for my wife, there should never be a “too” at the end of a sentence in which I describe her with words like “smokin’ hot”. One word too many… and like opening up a Pandora’s box of too many other possibilities that she just doesn’t want to think about.

I guess the problem here for my wife, is obviously not Tina Fey – because she knows as well as I do, that Tina Fey is never going to break up our marriage. But she also knows how attracted I am to women who can make me laugh – especially since she knows that her own sense of humor played a big role in how we ended up getting together, staying together, and eventually getting married. So it’s not Tina Fey that my wife feels threatened by, but all her 30 to 40 something year old anonymous comedienne “sisters” who do live in the same world that we do, and that I do interact with in real life, on a daily basis.

My wife has nothing to worry about, because I love her dearly and after 21 years of marriage, she always has been, still is, and always will be the only woman for me. My passion burns just as brightly for her now as it did when we first became lovers. I might kid around, and I might even engage in some harmless flirtation with other women, but it’s never gone any further than that, and it never will.

But there’s still no denying that Tina Fey is HOT! I just need to remember NOT to tell my wife just how much I really think so. 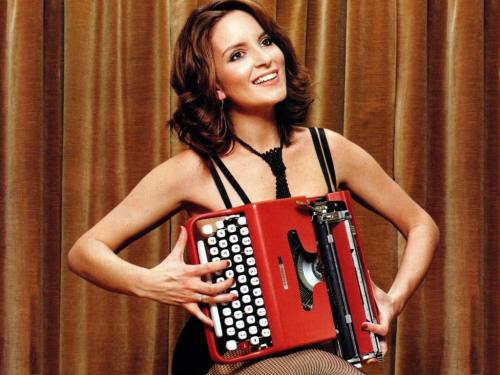 I read somewhere that Tina Fey is the sex symbol for men who don’t silently mouth the words as they’re reading something. 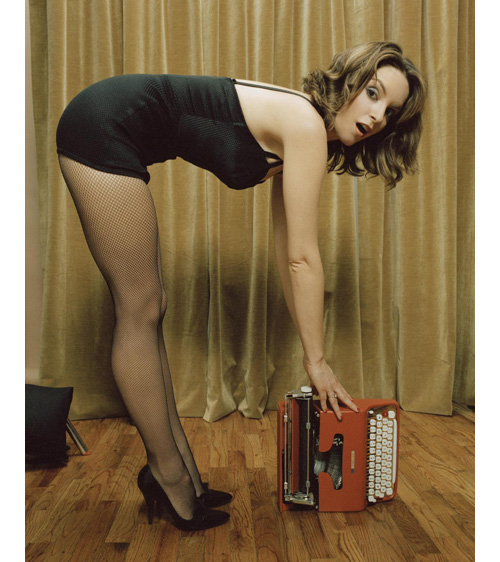 Ooops! Tina has to bend over, because she dropped her typewriter… 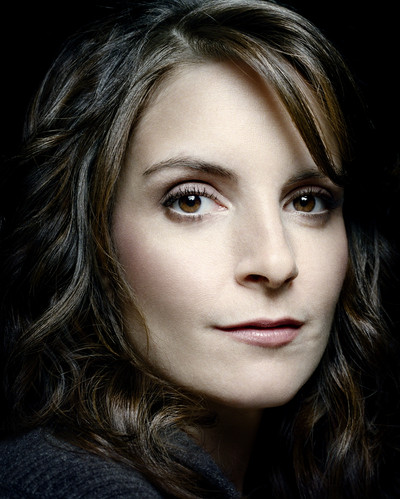 The real joke here, is that this is not the blog post that I intended to write – it’s what happened instead. I’ll have to go for what I originally intended to write here – a post called “Sex Really IS Comedy!” next time. Stay tuned.

I’m a 56 year old guy who is young (and immature) at heart, and I love humor and laughter. Married for 22 years, but still enjoy all the glories of womanhood everywhere, even while dedicated to one woman only - and I hope my wife never finds out about her!
View all posts by Chris Sheridan →
This entry was posted in Humor and tagged attraction, comedy, desire, entertainment, funny, humor, jealousy, love, marriage, Personal, relationships, Tina Fey. Bookmark the permalink.

6 Responses to Tina Fey is a Home Wrecker!