Dissing V-Day in a Humorous Way 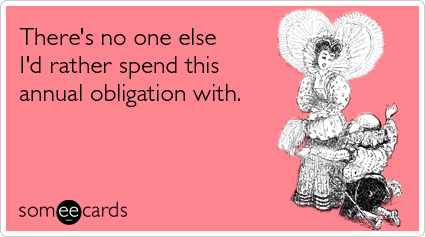 Three guys are talking about how they make their wives feel after sex.

The Italian says, “After I make-ah da love with ma wife, I gently tickle da backs a her knees an she floats aboud 6 inchs offa da bed”

The Frenchman says, “Aftair I makes zee romance wiff moi belle fille, I gently kiss her all zee way down her bodie an zen I lick zee soles of her feet. She floats at least 12 inches off of zee bed”

The American says, “That ain’t nothin fellas. When I’m done bangin’ the old lady, I get out of bed and wipe my tool on the curtains. She hits the flippin’ ceiling!”

Three guys were sitting in a biker bar. A man came in, already drunk, sat down at the bar and ordered a drink. The man looked around and saw the 3 men sitting at a corner table. He got up, staggered to the table, leaned over, looked the biggest one in the face and said, “I went by your grandma’s house and I saw her in the hallway, buck naked. Man, she is fine!”

The biker looked at him and didn’t say a word. His buddies were confused, because he was a bad ass, and would fight at the drop of a hat.

The drunk leaned on the table again and said, “I got it on with your grandma and she is good, the best I ever had!” The biker still said nothing. His buddies were starting to get mad.

The drunk leaned on the table again and said, “I’ll tell you something else boy, your grandma liked it!” The biker stood up, took the drunk by the shoulder and said, “Damn it, Grandpa, you’re drunk! Go home!”

A flight attendant was stationed at the departure gate to check tickets. As a man approached, she extended her hand for the ticket, and he opened his trench coat and flashed her. Without missing a beat she said, “Sir, I need to see your ticket, not your stub.”

A man and a woman who have never met before find themselves in the same sleeping carriage of a train.

After the initial embarrassment they both go to sleep, the woman on the top bunk, the man on the lower.

In the middle of the night the woman leans over, wakes the man and says, “I’m sorry to bother you, but I’m awfully cold and I was wondering if you could possibly get me another blanket.”

The man leans out and, with a glint in his eye, says, “I’ve got a better idea… just for tonight, let’s pretend we’re married.”

The woman thinks for a moment. “Why not,” she giggles.

“Great,” he replies, “Get your own damn blanket!”

Q. How do you make five pounds of fat look sexy?

A. Stick a nipple on it.

When I was younger I hated going to weddings… it seemed that all of my aunts and the grandmotherly types used to come up to me, poking me in the ribs and cackling, telling me, “You’re next.” They stopped that shit after I started doing the same thing to them at funerals.

I’ve been told that I have a tendency to say too much when I first meet a woman. So one time, I tried a more subtle approach. I saw an attractive babe across the bar, and instead of saying something stupid, I tried some very subtle non verbal communication.

Catching her eye, I made a slightly open fist with my left hand, and began vigorously sticking my right index finger in and out of it. Then I sauntered over and tried to sit down next to her. She rolled her eyes and said “Forget it pal!”

She looked at me coolly and replied, “Well, at first I was kinda impressed, but then I noticed that your index finger missed the hole a few times – I just don’t dig guys who stutter in sign language.” 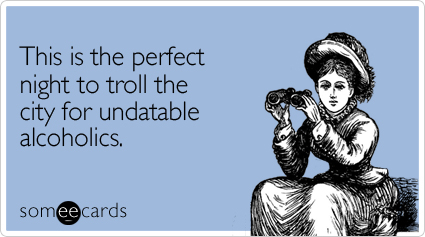 Tarzan leaves the jungle, comes to civilization, and applies for a job.
.
Interviewer: “Name?”

Interviewer: “Anything else to your name besides Tarzan?”

Tarzan: “Tarzan, King of the Jungle.” 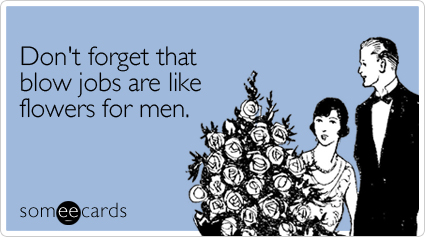 One Liners to Describe Your Exes – For Both Men & Women

“Since we broke up, he reached rock bottom and has started to dig.”

“When she opens her mouth, it seems that it is only to change feet”

“He’s really not so much of a has-been, but more of a definitely won’t be”

“She’s that way because her family is so close –  her relatives all had sexual relations.”

“She doesn’t have ulcers, but she’s a carrier”

“He works for General Electric – They use his brain to test dimmer switches.”

“She brings a lot of joy whenever she leaves the room”

“He has knack for making strangers immediately”

“If you see 2 people talking and one looks bored, she’s the other one”

“If he were any more stupid, he’d have to be watered twice a week”

“If you stand close enough to her, you can hear the ocean”

An escaped convict, imprisoned for 1st degree murder, had spent 25 years of his life sentence in prison. While on the run, he broke into a house and tied up a young couple who had been sleeping in the bedroom. He tied the man to a chair on one side of the room and his wife on the bed. He got on the bed right over the woman, and it appeared he was kissing her neck.

Suddenly he got up and left the room. As soon as possible the husband made his way across the room to his bride, his chair in tow, and whispered, “Honey, this guy hasn’t seen a woman in years. I saw him kissing you on your neck and then he left in a hurry. Just co-operate and do anything he wants. If he wants to have sex with you, just go along with it and pretend you like it. Whatever you do don’t fight him or make him mad. Our lives depend on it!. Be strong and I love you.”

After spitting out the gag in her mouth, the half naked wife says: “Dear, I’m so relieved you feel that way. You’re right, he hasn’t seen a woman in years, but he wasn’t kissing my neck….He was whispering in my ear. He said he thinks you’re really cute and asked if we kept the Vaseline in the bathroom. Be strong and I love you, too.” 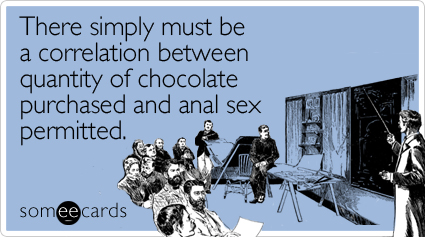 I’m a 56 year old guy who is young (and immature) at heart, and I love humor and laughter. Married for 22 years, but still enjoy all the glories of womanhood everywhere, even while dedicated to one woman only - and I hope my wife never finds out about her!
View all posts by Chris Sheridan →
This entry was posted in Humor and tagged comedy, funny pictures, humor, jokes, parody, sarcasm, satire, Valentines Day. Bookmark the permalink.

5 Responses to Dissing V-Day in a Humorous Way