16 Year Old Rebel Without a Clue to Become Grandfather!

I got some big news this morning. In less than nine months, if all goes well, my daughter is going to have a baby, and I’m going to be a grandfather! This news makes me very happy, but it also leaves me in a state of stunned amazement that this could ever possibly happen. Sure, other guys become grandfathers all the time, but not me! No way!

This was never part of the plan, and it seems so unlikely that it’s actually happening, that it seems far more surreal than it does an actual real world reality. Me a grandfather? I must be dreaming. Yeah, I’m probably not even really writing this post, because I’m obviously dreaming, and any minute now the alarm clock will go off, and this ridiculous notion that I’m going to be a grandfather will go away.

But until the alarm clock wakes me up and out of this dream, I might as well keep on writing…

Me a grandfather? How on earth did I get here? Well, sometimes when we are trying to figure out how we ended up where we are, it helps to take a look back to see where we’ve been. So I’m going to do that right now. 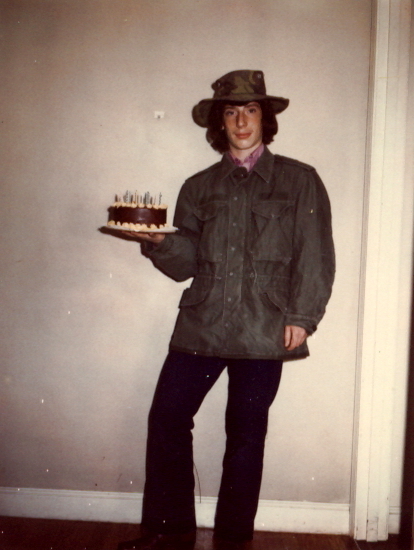 If I’m really gonna become a grandfather, well it’s all because of this guy here. He’s the one who at 16 years old, starting fooling around with girls and even having sex, instead of taking that vow of celibacy and joining the priesthood, as he had originally planned to do.

And if you believe that, well have I got a great deal for you on a certain bridge in Brooklyn! But I need a commitment fast, cause this deal is so unbelievable that I can guarantee you it won’t last the rest of this weekend, and he who hesitates is lost, so let’s get this thing done right now!

As you have probably guessed, that kid in the picture is me when I was 16 years old, and me ever seriously thinking for one nano second about taking a vow of celibacy and joining the priesthood, is about as likely as a cow becoming a brain surgeon, or Rush Limbaugh becoming an activist for womens rights.

It’s true that after the arrival of puberty, I had to endure almost four years of involuntary celibacy, and it’s one of the darkest chapters of my life. But thank God that those almost four years of the cruel and unusual punishment of forced celibacy hell finally ended when I was 16, and after that I never had a losing streak that long again, for the rest of my life right up to the present day.

But my 16 year old self isn’t directly responsible for why I’m now on the way to being a Gran Dad; he just got things headed in that direction. It was my 22 year old self who actually planted the seed that turned into a daughter, who has now turned me into a soon to be grandfather. Unless that alarm clock goes off and wakes me up out of this dream, and what’s taking the damn thing so long? It never hesitates to ruin my sleep when I don’t want it to, which is always every early working morning, so it just figures that this would be the time that my alarm clock would decide to take some time off!

I can’t help but laugh when I think about how if becoming a grandfather now at age 55 seems almost incomprehensible to me, how would my 16 year old self have reacted, if someone tried to tell him that one day he would become a grandfather?

Since I know that kid pretty well, since he used to be me, I’m certain that he would have reacted by laughing hysterically and then asking “What kinda shit are you smoking, and can I try it? Cause what you just said is really fuckin’ funny man!  What kinda weed is that anyway? Old Colombian Gran Dad?” More hysterical laughter… “Seriously man, let me try that shit, and maybe I’ll get so wasted that I’ll start thinking that you’re gonna turn into MY grandfather!”

More hysterical laughter, as my 16 year old me and his “High Times” imagination suddenly pictures this image in his stoner head: 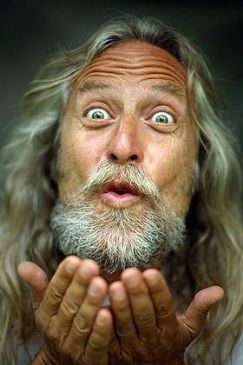 But that 16 year old rebel without a clue, is now a 55 year old somewhat shock worn veteran of the roller coaster ride of life, with all it’s rises, sudden steep falls and often violent and unexpected turns. And as I now think about becoming a grandfather, I may not be laughing like a hyena, but I am smiling, and it’s a smile of happiness, satisfaction and contentment.

It’s still kinda hard for me to believe, but that alarm clock still hasn’t gone off and blown away this dream, so maybe it’s not a dream at all, but a joyous new chapter in my life, and most of all, in the life of my little girl, who is now a beautiful young woman, and an expectant mother. 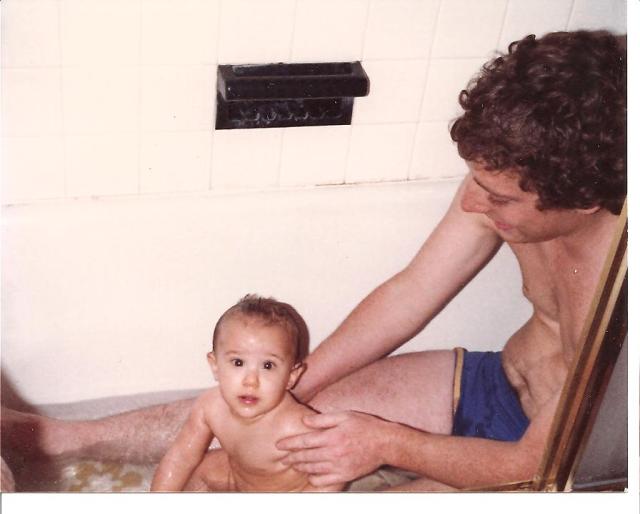 I guess what is really incredible and hard for me to believe, is that my baby girl… 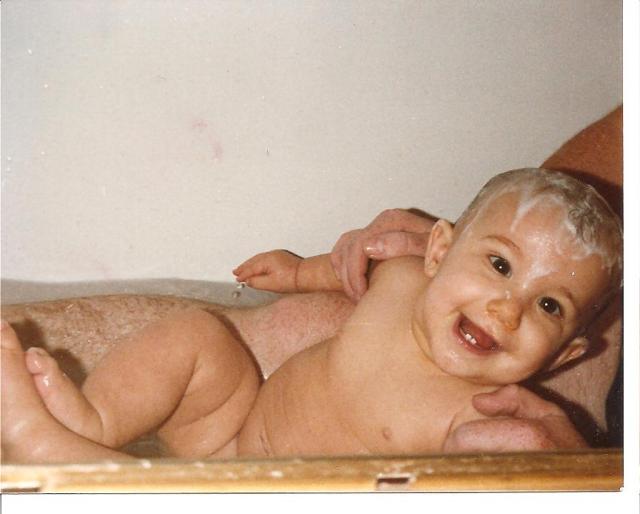 who was this little baby back then, is now going to have a baby of her own. This is what seems truly miraculous to me, and the real reason why I’m in a state of wonder and amazement.  Me becoming a grandfather? That’s just common and ordinary, and not the real story here at all.

Besides, I’m just gonna grow older and end up being an old man anyway. So why not have some fun with it, and fully enjoy the joy of becoming a grandfather? That 16 year old rebel without a clue that I used to be, would never believe this could happen, and if challenged on it, he’d probably say something stupid, like “Hope I die before I grow old!”

Who put that silly notion in his head anyway? 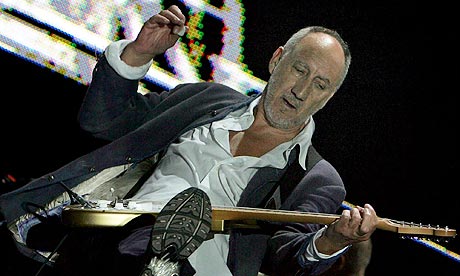 I think it was this old geezer, and a few of his friends, back when they were young and clueless, and as so often happens, life has the last laugh, and is laughing a lot right now.

I’m now 55,  glad to be alive, and delighted that my daughter is going to make me a grandfather! :-)

I’m a 56 year old guy who is young (and immature) at heart, and I love humor and laughter. Married for 22 years, but still enjoy all the glories of womanhood everywhere, even while dedicated to one woman only - and I hope my wife never finds out about her!
View all posts by Chris Sheridan →
This entry was posted in Humor, Personal and tagged babies, becoming a grandfather, Big News!, daughters, fatherhood, humor, life, love, miracles, Personal, pregnancy. Bookmark the permalink.

22 Responses to 16 Year Old Rebel Without a Clue to Become Grandfather!