Some Very Odd Products From Around the World | Some are NSFW

This is going to be another one of the “collaborative humor posts” that I’ve been getting into recently here on my blog. What’s a “collaborative humor post”? It’s what results when one of my favorite bloggers writes a post that I really enjoy, and then I respond with a long comment that is inspired by how much I enjoyed my blogging buddy’s original idea for his or her post.

It’s like a blogging form of improv comedy. I’ve always enjoyed getting together with people who have a finely honed and funny sense of humor, and letting them start with an idea that I then add my own contribution to. Some delightfully strange, unpredictable and hilarious scenarios can be created this way, and I just love it when it’s a team effort that works well.

While collaborative humor blogging can’t produce the same kind of immediate spontaneity of real time improv, it can still create some very fun and funny results, and I’ve been really enjoying playing around with it during the last month or so, here on my blog.

So the inspiration for today’s collaborative humor post began with Michelle, of Motley News Michelle is my first real WP blogging friend that I connected with, back when I first started blogging on WordPress early last December. In a very positive way, Michelle is one of the most complex and complicated people I’ve ever met online, or in real life.

Michelle will get bugged with me for saying this, because unlike me, Michelle is a genuinely modest person, and no matter how much she tries to deny it, she’s also a very talented person in a truly multifaceted variety of ways. Michelle also possesses a great deal of inner strength, with which she has faced some very tough adversity in her life, and not only survived, but she has come out on top.

I could easily go on for another 2,000 words about all the ways in which Michelle impresses me, but I’m sure that I’m already bugging the crap outta her, so as her friend, I’ll stop now. I’ll just add that you should see for yourself, and check out her blog Motley News

Michelle’s post from today, Some Very Odd Products From Around the World | Some are NSFW is what got the humor ball rolling for me today. I’ve reposted her post below, and added my comments below hers in blue, because I guess that I’m just in a colorful mood tonight! Lol ;-) Hope that you enjoy!

These are some very strange products sold around the world. Not sure why some of them exist – but they do, and they’re for sale. Check ‘em out…. 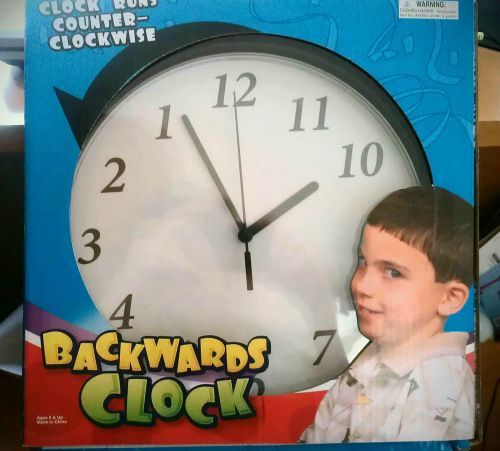 Actually, since the numbers are going backwards, too, then this will give the correct time. It just may take you a few moments until you get used to it.

Don’t really understand the deal with the clock… the time reads 9:56 right? Oh, wait a minute… I get it now! I already read everything backwards to begin with, and I often think in reverse and counter-clockwise too, so I didn’t notice the difference until just now. I think I NEED one of those clocks, and a matching wrist watch to go with it!

Product out of Romania, energy drink. Here is the Erektus website. What I don’t understand is what the hell is that image on the left? It looks like a horrid sci-fi movie of an experiment gone bad.

“Erektus” huh? Looks to me like an energy drink that not only causes boners, but also results in breast enlargement on the backs of hermaphroditic space aliens, while also changing their belly buttons from an “innie” to an “outtie”. Your description of “a horrid sci-fi movie of an experiment gone bad.” is right on the mark! I am now taking Romania OFF my list of countries that I want to visit… 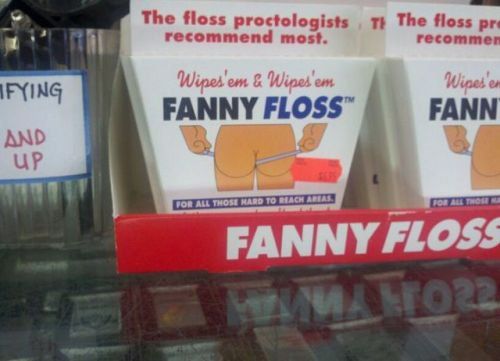 This has already been used for decades now. It’s called a “thong.”

“Fanny Floss” cracked me up on sight immediately, but I laughed even more when I read your “thong” comment.

Another energy drink. Out of Poland where “fart” means “luck.”

“Fart” means “luck” in Poland? Hmm… does that mean that “Luck” also means “Fart” in Poland? Well if I’m ever in Poland, I’ll refrain from saying, “Man, I really hope that I get ‘lucky’ tonight!” People could just totally get the wrong idea! Lol 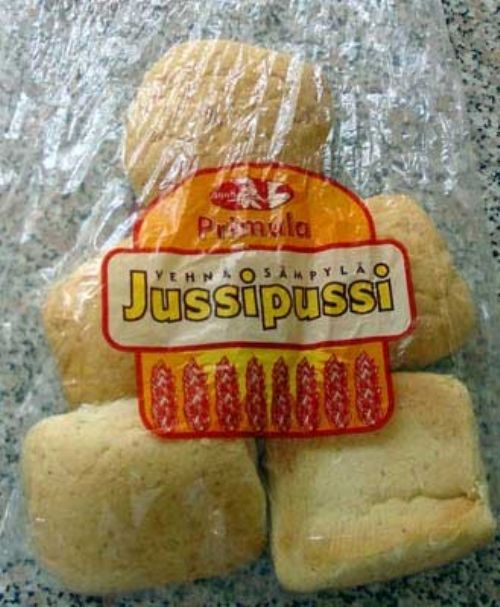 Just pronounce it out loud if you haven’t got it yet.

Gee, thanks Michelle! I just said “Jussipussi” three times out loud, and my wife just slapped me! (didn’t know she was standing right behind me until it was too late!) Now, the least you could do, is tell me what it means, since now I’m afraid to say it out loud, and I STILL don’t get it!

Me: Ohhh… NOW you tell me!!! I’ve still got a nice red welt on the side of my face from where my wife whacked me… But hey, better late than never, cause not knowing was really starting to get me frustrated… to the point that I almost jumped up and started shouting it out loud at the top of my lungs!

And if that happened… well I’d definitely be looking for a place to sleep tonight! 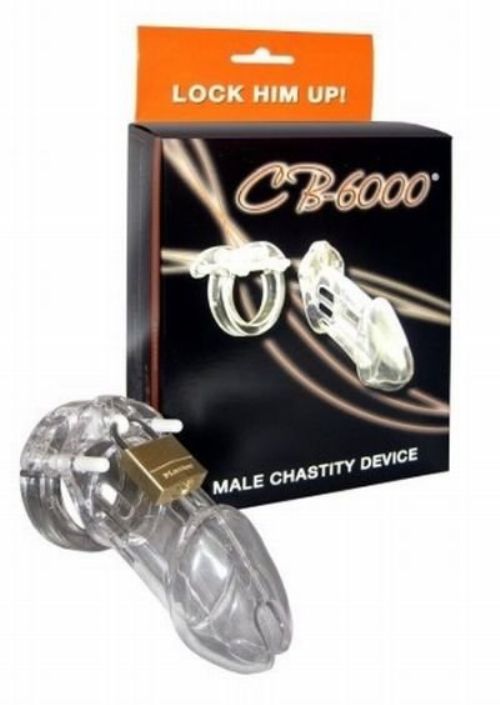 Guys??? What do you think of this one?

What do I think of the CB-6000 Male Chastity Device? (besides that it’s funny as hell?) I think that I’m going to stop at the library and take out Harry Houdini’s autobiography! That’s what I think! Lol 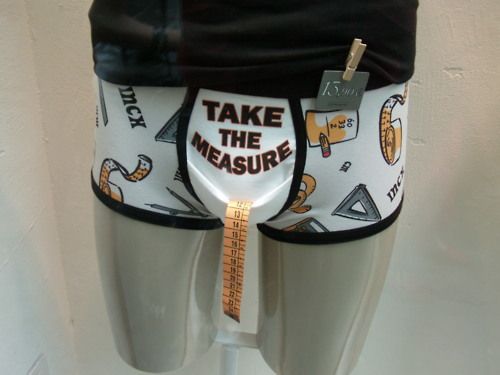 “Why?” Because in the words of famous English mountaineer George Mallory, when asked why he wanted to climb Mt Everest, “Because it’s there.” It’s a guy thing, Michelle – I wouldn’t expect you to understand…

But you might think that Mallory was a real handsome guy, and easy on your eyes… Check it out: 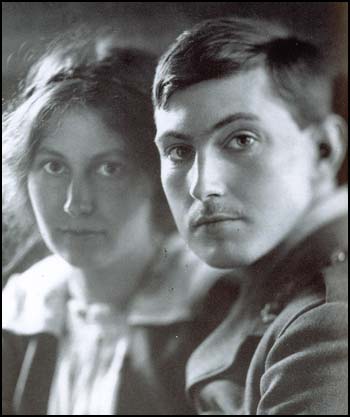 So don’t say that I never did anything nice for you, Michelle… Lol 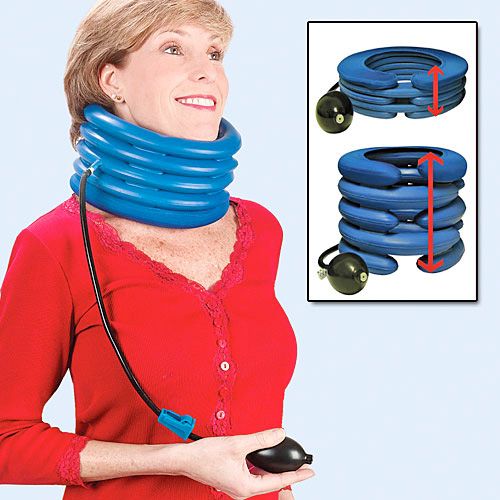 Michelle, now I’m surprised that you’ve never heard of this one – This is a popular device used by single women to keep their heads up, while on incredibly boring dates with guys who are about to put these women into a coma, from listening to their endlessly monotonous, failed attempts at engaging conversation.

Note how even though her head is up, she’s wearing a frozen smile and her eyes are glazing over? Sad, isn’t it? Makes me embarrassed for my gender… 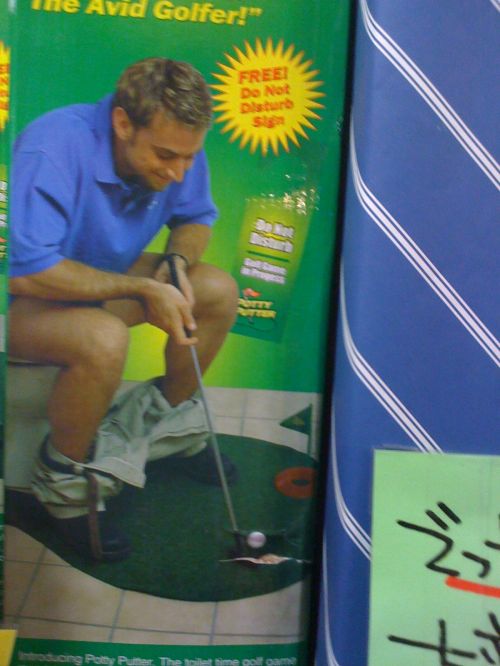 Somehow, this does not surprise me.

It doesn’t surprise me either – cause I’ve also used my putter to put it in the hole while sitting on the john… but it sure as hell had nothing to do with playing golf! LOL (yeah, I know… WAY TMI!!!) 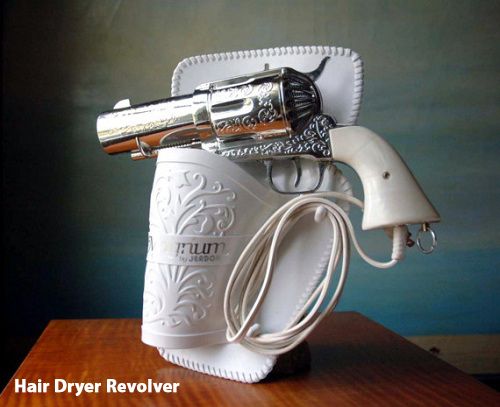 So you can go to work and tell everyone you literally blew your brains out.

Hair Dryer Revolver? Should come with warning that says: “DANGER! Never keep real revolvers near this product, as this could result in a tragic mistake and loss of life!” (You could also look really foolish to muggers, when you attempt to defend yourself by blow drying them!) 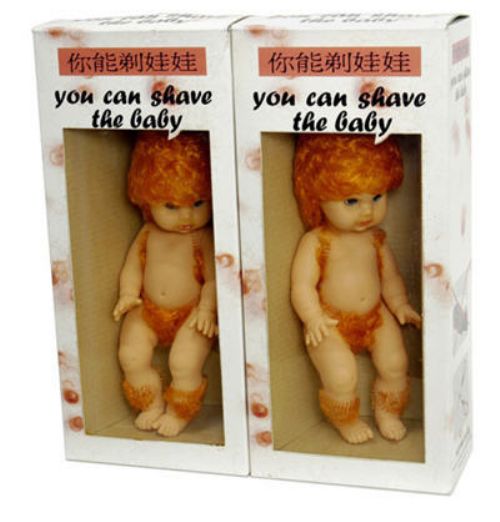 Why??? Are you expecting a very hairy infant?

You can shave the baby??? Nope, NOT a chance!!! Not even touching that one! What is WRONG with some of these people out there?!?!

Then you don’t have to worry about the butt floss…. Is the tattoo included?

Okay, I have a confession to make here… I like this one. I’m not sure I understand WHY I like it, but there’s no denying that it does something special for me, so in this case… Why ask why? Lol ;-)

As I continue to look… uhm… lost my train of thought here… oh yeah – got it back now. As I continue to look some more, and even longer… a few ideas of why I like this one, do come to mind… But I know (for once!) that revealing just what these ideas are, is NOT to my advantage… So I’ll just stick with “Why ask why?” Lol ;-)

Thanks for all the fun, Michelle!

I’m a 56 year old guy who is young (and immature) at heart, and I love humor and laughter. Married for 22 years, but still enjoy all the glories of womanhood everywhere, even while dedicated to one woman only - and I hope my wife never finds out about her!
View all posts by Chris Sheridan →
This entry was posted in Humor and tagged blogging, blogging friends, collaborative humor posts, comedy, fun, funny, funny pictures, humor, improv, life, Motley News, Personal, Very Odd Products From Around the World. Bookmark the permalink.