The Decline and Fall of Commercial News Media

With each year that passes by, I’ve become increasingly disturbed by the serious overall decline in the quality of news reporting by all forms of the commercial news media in general, and by the decline of commercial TV news reporting in particular. These days it seems as though most commercial TV news networks and stations often don’t make a serious effort to inform the public about some of the more important news events of the day, and they seldom produce high quality in depth news reporting to describe and explain these events, most of the time. Often they don’t even bother to report an important news story at all, unless they think the story will attract enough viewers to achieve higher ratings and more advertising dollars, enough to be worth the air time it takes to report it. Keeping their viewers well informed is often not part of their decision making process at all, as far as which news stories they choose to run, and the ones they choose to ignore.

As a result, I’m now getting most of my TV news on public television by watching PBS News Hour and from TV news documentaries like Frontline. I also get much of my news information from non profit National Public Radio. I know that I’m much better informed by these public news sources than I would be, if I relied only on the commercial news media instead, since I often see and hear detailed reporting of important news stories via PBS, that are either barely mentioned by the commercial news media, or often not covered at all.

Since the news programming on PBS News Hour and NPR is not profit driven by viewer and listener ratings, these public news sources are more likely to take the time and make the effort required to do the in depth reporting about the news events that are genuinely important for their audiences to be aware of and to understand – since these events may have a substantial impact upon the lives of their viewers and listeners, and on their ability to make informed decisions that will affect the outcome of their future, both individually and together as a society.

This is unlike the commercial news media, which frequently spends much of it’s air time running news stories that often don’t provide the most valuable information to keep the public well informed, but instead are the stories most likely to attract the most public attention and create an ongoing public fascination to keep as many viewers watching, listening and reading for as long as possible, in the constant quest for higher ratings to increase advertising revenue and profits.

I still have a lot of respect for the traditional news print media, and I’m impressed with the quality of reporting I can read in newspapers like The Boston Globe, and news magazines like Time. But as most of us know, the news print media is being slowly but surely killed off by competition from the internet. While most of the traditional news print sources also have online versions, very few of these online versions are making enough money for their entire news media business to economically survive long term.

So where does that leave us with the internet as a news source? My personal opinion is that we get a confusing array of multiple online news sources, all reporting the news in almost real time as it happens, but what is reported is often unreliable information when it’s originally reported in a rush to get the story out immediately, and it often requires readers to do their own fact checking. Sometimes I have a hard time believing that this is really making “progress” with the advance of the news reporting technology of today.

And again in my personal opinion, with a few exceptions, genuinely real journalistic talent, high standards and the skills that are only acquired after years of experience working as a professionally trained journalist reporting the news, is seldom found in online news reporting, when it isn’t connected to a more established offline news media source.

A recent example of the type of “news” story that I find reprehensible when it is given a high priority by the commercial news media, is when Kate Middleton was photographed using a powerful long distance lens, while she was sunbathing topless at a private estate in a location far from the view of the public, resulting in her topless photos being sold, published and then spread all over the internet. What disgusts me is that the story wasn’t reported only by the usual trashy tabloid celebrity gossip and scandal rags. It was also frequently and repeatedly reported by the major national commercial TV news networks in the US, while other far more newsworthy events were completely ignored.

While true that these alleged “news” networks used the pathetic excuse of the “blur” technique to hide the full exposure of Kate’s bare breasts on their telecasts, they still contributed to her worldwide and undeserved public humiliation and her victimization by professional voyeurism for profit. 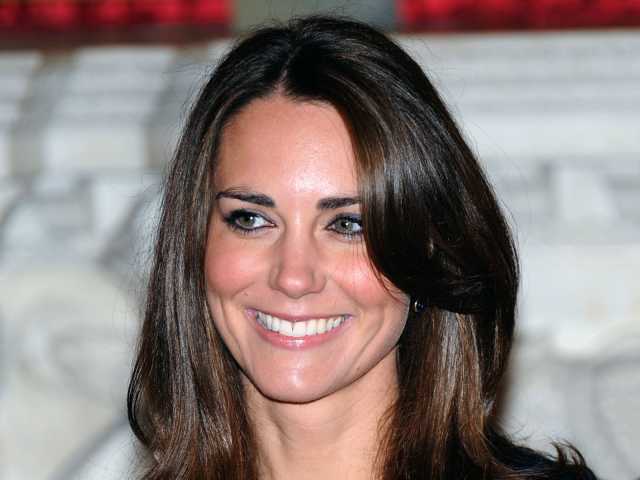 I like Kate Middleton – She is a beautiful and vivacious woman who seems to have that rare ability to be elegantly Royal with lots of class, while keeping her ability to be down to earth and lots of fun. She didn’t deserve what happened to her, and I am very offended by it.

This disgusts me, because I remember a time when the biggest national TV news networks in America featured the very best of news journalists, who had genuinely high ethical standards, like Walter Cronkite. In Cronkite’s day, these TV news networks would never have lowered their standards for news coverage by abusing their air time by spreading around disgustingly parasitic paparazzi stories like the photographic sexual assault on Kate Middleton.

Walter Cronkite – a man who represents a time when TV network news still had dignity and a sense of decency the public could respect.

It is also true that back in Cronkite’s day, that the CBS, NBC and ABC television networks were all large corporations in business to make a profit, and their success or failure was also measured by a competition for higher viewer ratings and more advertising dollars. But the ways in which these networks competed for more viewers to watch their TV news reports, was not by using cheap and disgusting sensationalism and excessive hype, but by striving to get a major news story on the air faster than their competition, while providing their viewers with a highly accurate and more thoroughly detailed reporting of the news story, better than what the other TV news networks were capable of producing.

Back then, the competition was won by being faster and much better at reporting major news events than the other networks could do it, and a well informed public was the biggest winner of all. Instead of the type of competition we have today, in which commercial TV news networks and stations try to win the most viewers by airing the most over hyped and sensationalized stories, often with the highest level of appeal to the worst of human nature.

The stories that often have very little useful information to keep viewers well informed, but instead, the stories with lots of appeal to much of the viewing public’s morbid curiosity about graphic violence, a fascination for celebrity gossip, dirty laundry, and sexual scandals involving the rich and famous. The stories that appeal to viewers with lazy minds and short attention spans, who are more interested in being entertained than being well informed, and who often prefer light infotainment that doesn’t take very much heavy mental lifting to understand and enjoy.

Unfortunately, these are the type of stories that are more likely to keep the most viewers watching, instead of in depth news reporting that requires viewers to pay close attention to the details in order to understand what the news report means, and then to actually think about how what they are watching could affect their own lives, the well being of their nation, and the future of the world they live in.

This is more of an intellectual investment than many viewers are willing to make, and every commercial TV news network is all too aware of the reality today that if they risk boring their viewers by trying to keep them well informed, many of these viewers will quickly turn them off and turn away as they pick one of the thousands of other choices they have out there online, or on another TV news network in the supersaturated market of the endless 24/7 news cycle, that will give them news programing that is less challenging and more entertaining to watch.

If too many people continue to send a message to the commercial TV news media that many of their potential viewers would rather watch crap, instead of watching genuinely informative news reporting, then crap is just what the news media will continue to serve them, when people reward them for it by watching even more of their crap.

It becomes a mutually self destructive cycle in which the viewers and the news media continue to propel each other into a downward spiral of increasingly poor quality news programing, as a result of the large number of viewers who don’t want to make the effort to watch and understand news reporting that would keep them well informed if they actually bothered to pay attention and watch it – resulting in a news media that is no longer motivated to keep people well informed, but to just keep them watching… or reading and listening to the inferior quality of news reporting being offered to them.

The final result can be a news media that no longer provides vitally important information to the public, but promotes public ignorance instead, and the kind of mass ignorance with the potential to cause gravely serious consequences for our society, our civilization and our entire world.

I’m a 56 year old guy who is young (and immature) at heart, and I love humor and laughter. Married for 22 years, but still enjoy all the glories of womanhood everywhere, even while dedicated to one woman only - and I hope my wife never finds out about her!
View all posts by Chris Sheridan →
This entry was posted in Personal and tagged Commercial TV News, Frontline, Journalism, National Public Radio, PBS, PBS News Hour, personal opinion, Public Television. Bookmark the permalink.

20 Responses to The Decline and Fall of Commercial News Media