Posted on December 1, 2012 by Chris Sheridan

But that’s just her opinion, and she has a right to it, just as I have a right to pretend to agree with her. Lol ;-)

What? You didn’t like that joke? Why?!!! Oh, that’s right… you didn’t like that joke because you and 97.9 % of the rest of my readers are either married women, or women who aren’t married, and still mad as hell at their ex-husbands and boyfriends! Sorry about that, and once again, I’ll try to keep in mind who my readership is, and write my content here accordingly. Well, maybe most of the time, but not all the time, cause that would be boring! Lol ;-)

On this coming December 5th, I will no longer be 55 years old, but 42 years old instead, because I’m tired of being a man in his mid 50s, and this getting older every year shit is gonna stop!!!

Okay, even a delusional person like me realizes that however much I don’t like it, the getting older shit isn’t going to stop, so I might as well just accept the fact that on December 5th I will no longer be 55 years old or 42 years old, but 56 years old. Deep breath… Big sigh!

But looking on the bright side, yesterday my therapist diagnosed me as being clinically delusional. I was delighted, and I enthusiastically replied “Thank you! Because I’ve always wanted to meet someone like me! Lol :-)

But then it was her turn to take a deep breath and a big sigh, and she gave me a referral… for another therapist!!! I was tempted to feel hurt and rejected, until she showed me a picture of the therapist she was referring me to, and my new therapist is much prettier than my soon to be ex-therapist, so instead of feeling hurt and rejected, once again, I was delighted! Lol :-) 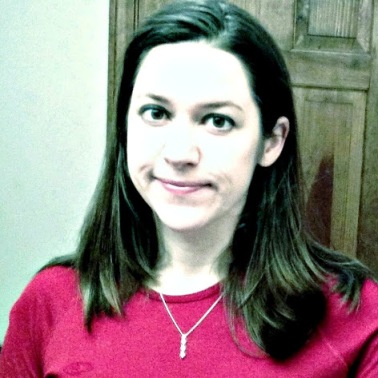 My soon to be ex-therapist… 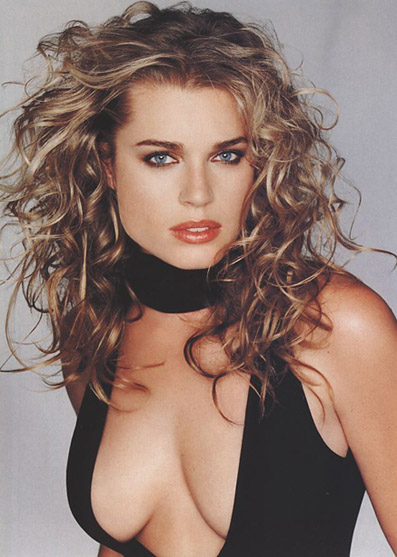 Now some of you may be thinking, ‘Hey, what’s the deal with this guy? First he writes a post two days in advance about the first anniversary of his blog, and now he’s talking about his birthday three days in advance!’

And I can see why you may be thinking that I’m guilty of premature celebration, cause maybe I am, but at least I don’t have an issue with premature ejaculation, which I’m sure you’ll agree would be a cause for no celebration, and too much extra laundry for my wife to do, while feeling really frustrated and resentful about it!

So yeah, maybe I am a little bit guilty of premature celebration, and even excessive celebration, which is an automatic 15 yard penalty in the NFL when a football team scores a touchdown and then celebrates in the end zone with dance choreography that would make Madonna jealous, and causes an unnecessary delay of the game, which we all know, is way too long to begin with.

Here’s an example of the sort of thing that caused the NFL make “Excessive Celebration” a 15 yard penalty for delay of game.

The NFL put up with this sort of celebration for a long time before they finally started penalizing it, but it was this excessive celebration by the New York Giants in 2008 after scoring the winning touchdown in the Super Bowl against the New England Patriots, that forced the league to realize that things had gone way too far, and something had to be done!

But as far as my own premature and excessive celebration, there’s a more deeper underlying reason for why my 56th birthday on December 5th is on my mind today, three days early… And that is because last night I read through a bunch of my blog posts from the past year, and I got very angry!

Listen to me, 55 yr old Chris Sheridan, you young whipper-snapper! And stop whipping your snapper, before your snapper finally snaps off! Do you really think that your wife married you for your money, whipper snapper boy? Well if you do, then you are in for a very rude awakening when you finally do snap off your snapper, because your snapper is much bigger (and has more girth) than your bank account, and without a snapper, your wife may finally decide that you are no longer worth all the trouble you’ve caused her for the last 24 years, when you can no longer give her the BIG “O” but just a big ZERO instead!!!

But let’s really get down to what this is really all about, 55 year old Chris Sheridan! You may have had a good run, but you are not funnier than me, in my current incarnation as 56 year old Chris Sheridan! So step on down out of fantasy land, boy… and try checking out reality for a change! Yeah, I know it’s a shock to your system, but right now you could use some shock treatment, because even if you are clinically delusional, that’s still no excuse for deluding yourself into thinking that you are funnier than I am!!!

You may have had your moments, 55 year old Chris Sheridan, like when you posted this GIF of the “Sugar Plump Fairy” last December.

Or when you used this photo to make your point that yes, sex really can be funny! 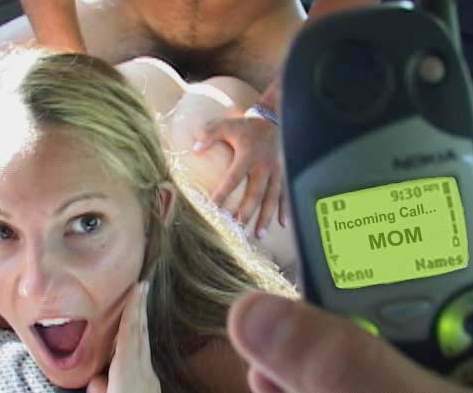 Ever wonder what Radiologists do when they’re bored?

And yeah, this little riff about what happened the night when you called an Escort Service because your wife was away, and you wanted a high class Call Girl to make you dinner, just because you were too lazy to make your own dinner!

“Then I showed her a recipe for dinner that I found in the newspaper, which I thought sounded really delicious, and said “I think I’d really love this… Could you do this for me?” And that’s when everything went south… She got very angry and yelled something about how she was a high class professional and she was very skilled at the many things she did, but one thing that she would never do, was cook meals for some john!

I told her my name was Chris, but she didn’t seem to hear me… She stormed out of the house screaming that “Next I’ll bet you’ll want me to do the windows!!!” I told her that wouldn’t be necessary, because my wife did them last week. But by then she was long gone.”

And you thought you were real clever with your original explanation of the age old question, “Which came first – the chicken or the egg?” when you wrote:

“The answer is neither, because the Rooster came first!

The chicken didn’t come at all, because Roosters come in about less than 5 seconds, and I sure don’t know what all that crowing is about!

You sure wouldn’t hear ME crowing, if I came in less than 5 seconds! So the answer is that The Rooster came first, the egg came from the chicken next, and eventually a chick came from the egg. Unless someone ate the egg…”

1. On both channels, all the men had really long poles, but the guys on the fishing channel had better lines.

2. On both channels, people liked to dress up in rubber.

3. On both channels, they were doing it while standing up, and while sitting in a chair.

5. On the fishing channel “the one that got away” didn’t cause a big mess!

7. On both channels, someone shouted “Wow! What a whopper!”

9. On both channels, guys like to eat what they catch.

Yes, they most certainly do…

Consider this to be just my first warning shot across your bow, before I blow you out of the water, 55 year old Me!!! 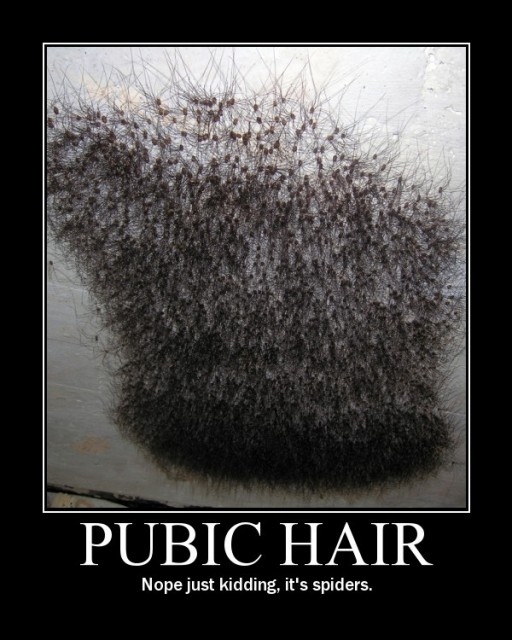 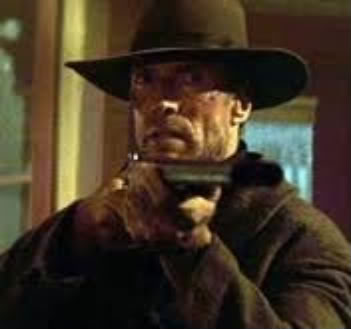 You’ll give me no choice but to blog about the time you put all your white underwear briefs in the wash with a pair of red long johns, causing all your formerly white underwear briefs to turn light pink. And how you decided to wear a pair of your light pink undies anyway, and then while wearing only your light pink undies, you started dancing in front of a full length mirror while listening to “It’s Only Rock n’ Roll” and doing a hysterically bad imitation of Mick Jagger – with the volume up so loud, that you never noticed your roommate walk in behind you, and start laughing so hard, that he turned blue and collapsed on the floor!

Yeah, I thought you’d start heading south of the border when I dusted that one off, cause you know that I know all about you, and I can do much worse… and so much worse, that soon everyone on WP will be laughing at you, instead of laughing with you!

Just keep on moving boy… while I post this video to remind you why you’d better just keep moving right on outta here!

I’m a 56 year old guy who is young (and immature) at heart, and I love humor and laughter. Married for 22 years, but still enjoy all the glories of womanhood everywhere, even while dedicated to one woman only - and I hope my wife never finds out about her!
View all posts by Chris Sheridan →
This entry was posted in Humor, Personal and tagged 55 yr old Chris Sheridan is NOT funnier than 56 year old Chris Sheridan!, being delusional, Birthdays, Blog, blogging, comedy, excessive celebration, funny, funny photos, funny pictures, funny stories, humor, laughter, life, Mick Jagger, My birthday, One Year Blog Anniversary, Personal, photos, pink underware. Bookmark the permalink.