Why Upgrades Make My Blood Boil

This past weekend, when Yahoo Mail was repeatedly malfunctioning, I told a friend that I suspected the problem was the onset of “Upgrade-itis” a common illness that frequently makes healthy and well running software programs so sick that they become very dysfunctional, often to the point that these formerly useful software programs become unusable and useless.

Today confirmed that my diagnosis of Yahoo Mail is correct, since it has most definitely been upgraded, and Yahoo Mail is currently all but unusable and useless.

I will be using MSN Outlook Online for the foreseeable future. (formerly known as Hotmail – until it was hit with an upgrade so disastrously bad that MSN dropped the name “Hotmail” and changed it to Outlook Online)

In other Upgrade News, I had an interesting experience with Google Images last week.

A friend told me about a domestic but exotic breed of cat called a Savannah cat, so I used Google Images to find a photo of a Savannah cat, to see what the cat looked like.

“I just googled Savannah cats, and yeah, they are very cool looking and another breed that looks a lot like the wild Ocelot, with their Leopard like spots and slim long bodies.

Now THIS is weird… I just looked up Savannah Cats on Bing, and I’m seeing a very different looking cat than the one I just saw on Google…”

A Savannah cat on Google… (according to Google Images)

And a Savannah cat on Bing…

Is there really that much variation within the same breed???

In a word, the correct answer to the above question is “NO”.

Revision: About an hour after originally publishing this post, I searched Bing for images of Bengal cats, and here’s a screen shot of what I found: 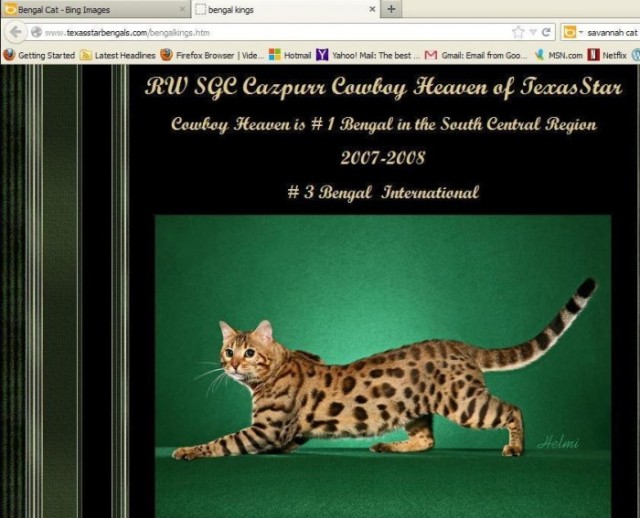 And here is the link for the website I took the screen shot from, that I was able to locate using Bing Images:

So I tried searching Bing for a Bengal cat, which I had seen other photos of recently, and Bing found the same image that Google misidentified as a Savannah cat, and correctly identified it as an image of a Bengal cat. So score a win for Bing!

Then just for the fun of it, I searched Google Images for a Bengal Cat, and Google found the exact same image again, only this time correctly identified as a Bengal cat. So unlike Bing Images, which apparently knows more about cats, and also more about how to find images that accurately represent what is being searched for than Google does… according to Google Images, this cat pictured below is both a Savannah Cat and a Bengal cat.

Hey Google! This is a Bengal cat and NOT a Savannah cat! And with all the love and fascination for CATS on the internet, I’d say that’s one hell of an embarrassing mistake for you guys to make! Lol :-)

Until recently, I had been using Google exclusively as my only internet search engine for years, for written information, as well as videos and photographs.

But when Google upgraded its image search capability with a new “similar images” feature, which is not optional, but functions during any image search on Google, Google images became so consistently unreliable, that I began using Bing for image searches, and I got much better results.

The problem with Google’s recently new “similar images” feature, can be demonstrated by this example. When I used the search words “savannah cat” for Google Images a second time, the first image to appear was this one.

This is not a Savannah cat. It is an African Leopard.

I strongly advise you to NOT get an African Leopard for your next house cat. They grow very large, they have very demanding dietary requirements, and they are NOT good with small children… Or children of any age, humans in general, or any of your other pets.

Why did Google Images show me an African Leopard when I wanted to see a Savannah cat?

When I traced the link from the photo of the Leopard back to its internet source, I discovered that the Leopard photo had been posted on a message board, by a person who wrote that he thinks Savannah cats look a lot like Leopards, because they both have spots.

But this erroneous non-logic resulted in Google images including an image of a large, wild and very predatory Leopard, instead of a much smaller and comparatively harmless breed of domestic cat, the Savannah cat.

I also got this photo from Google images while searching for a picture of a Savannah cat.

This is a Clouded Leopard, which is a wild endangered species that lives in the foothills of the Himalayan Mountains.

This is why I used to think that Google was great, but now I use only Bing for image searches, because trying to get the right image from Google is like trying to get good information from someone with severe ADD, who when you ask them for a picture of a Savannah cat, they suddenly blurt out “Oh look! A squirrel!”

And then they show you a picture of a rabbit…

I am not against upgrades for the benefit of genuine progress, but what does make my blood boil, are the two following major chronic problems with upgrades:

1. Due to intense commercial market competition for the online users of software products, and the money generated by the online advertising linked to these software products, upgrades are often rushed into the stores and used online, before the upgrades have been thoroughly tested and before they are functional enough to be a reliable asset for users instead of a dysfunctional liability.

2. The collective cognitive failure of the software and high tech industry, and their most devoted legions of high tech enthusiasts to realize that a less complex and more user friendly product can be far more effective than a product designed to be unnecessarily complex and more difficult to use, for the sake of having ever more widgets and gadgets, and a greater capability to do more things… but with the frequent result of doing more things worse than before, when less things were being done far more effectively.

I’m sick to death of hearing “Oh, it’s gonna work great once they get the bugs out.”

And my answer is “Slow the HELL DOWN, and get the bugs out FIRST, before you force me to use your bug infested, upgraded into being functionally downgraded software and hardware crap!” 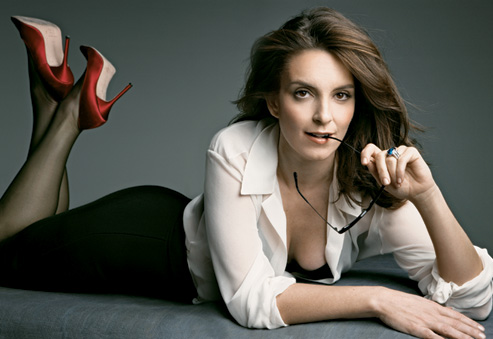 What does Tina Fey have to do with my topic for this post? That’s for me to know, and others to wonder. Let’s just say that she’s a “gift” from me to Yahoo Mail to show my sincere appreciation for all the aggravation that the Yahoo Mail upgrade caused me earlier today.

Because I’ve learned a thing or two about increasing page views, and I don’t just get mad… I also get even.

I’m a 56 year old guy who is young (and immature) at heart, and I love humor and laughter. Married for 22 years, but still enjoy all the glories of womanhood everywhere, even while dedicated to one woman only - and I hope my wife never finds out about her!
View all posts by Chris Sheridan →
This entry was posted in Personal and tagged Bing, Cats, Google, Google Images, internet, Miley Cyrus, software, Tina Fey, Tina Fey hot, Tina Fey photos, Tina Fey pictures, Tina Fey sexy, upgrades, Yahoo Mail. Bookmark the permalink.

20 Responses to Why Upgrades Make My Blood Boil