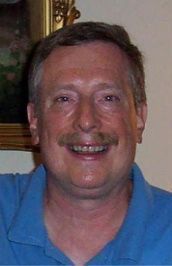 Hi, I’m Chris, and welcome to my blog. I’m a 55 year old guy and married to my wife of 21 years, who is a saint to put up with me for so long. But I figure that I must be doing something right, to make me worth all the trouble I cause, or she wouldn’t keep me around. (She LIVES for the adventure of living with me! She just doesn’t want to admit it; except maybe to her therapist, whom I have driven her to see.)

I am very reverential about being irreverent, and no I don’t think that’s contradictory, or an oxymoron. Hmm… I’ve always liked that word, “oxymoron”… because it seems like it could have different meanings – like are the people who get drunk and stay up until 3am watching infomercials about “Oxy-Kleen”, oxy-morons? Is a very large and lumbering man who is slow witted, but very strong, an oxymoron? Even if he is, I suggest you don’t call him one – especially late at night in a bar. He might kick up the sawdust on the floor with his hooves, snort a lot and then charge you!

What? You’ve never been in a bar where they spread sawdust on the floor? You’ve lived a sheltered life, and obviously you haven’t been to some of the quality drinking establishments that I have… One of my all time favorites, was this hole in the wall dive located at the base of an enormous boulder. They named it “The Rock Bottom Cafe”. Yes, there was sawdust on the floor there, and the patrons looked like they were at “the rock bottom” in more ways than just being in a bar with that name.

But I undress… Or maybe I digress. Undressing is more fun, unless you are getting a physical.

My main reason for blogging, is to have fun and make people laugh. I can make people laugh just by walking in a room and without saying a word, because I’m a rather peculiar looking man, and I suspect that more than a few of my relatives took it a lot further than just being “kissing cousins”. But since we are in a virtual world here, you can’t see me walk into a room, so I will have to do without the visual humor, except for the humorous visuals I can create in your minds with my written words.

My sense of humor tends to be rather ribald and risque’, and I enjoy putting lots of sexual innuendo in my posts. Hmm… “innuendo” – another interesting word that sounds like Chico Marx describing what position he wants to try next. ;-)

But even though I am so reverential about being irreverent, I do sometimes lapse into seriousness in my writing, but not to worry, because it never lasts for very long.

I started this blog on December 1st, and three months and four days later, these are a few of my earlier posts that have been pushed down the list to the point that I doubt anyone sees them anymore. Maybe you might want to check them out, and I hope you’ll enjoy reading them.

Cell Phone Use in the Restroom

BAD MOOD ON THE RISE!

“Hawaiian Misadventure” is a rare departure for me, because it’s not humor, but instead it’s a true story about the night that my wife and I got lost in a Hawaiian jungle.

And that’s enough about me for now! Because I don’t want to wear out my welcome and become boring… Nothing more I dislike than when I’m boring people, or becoming a bore. So in an effort to not become boring, I will now STFU!

Have a nice morning, noon, afternoon, evening, or night, whatever it is right now, wherever you are!